The Push to End Chronic Homelessness Is Working 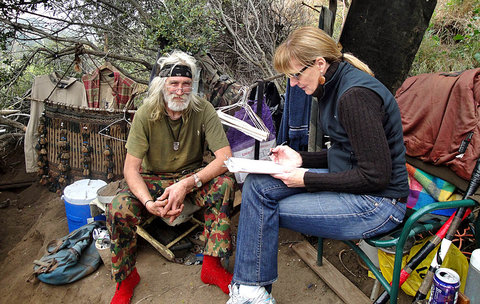 The Push to End Chronic Homelessness Is Working

Sometime in June, the 100,000 Homes Campaign — an initiative launched four years ago to help communities around the country place 100,000 chronically homeless people into permanent supportive housing — expects to announce that it has reached its goal. It’s a significant milestone: It means that many American cities are currently on track to end chronic and veteran homelessness by the end of the decade or earlier.

The campaign, which is coordinated by Community Solutions and works in partnership with the Department of Housing and Urban Development, the Department of Veterans Affairs and the United States Interagency Council on Homelessness, has helped to shift the way homeless organizations and agencies around the country set goals, measure progress, prioritize individuals and coordinate their efforts to house people living on the streets.

Consider Jacksonville, Fla. In 2011, when the city began engaging with the 100,000 Homes Campaign, 3,025 of its residents were homeless and 1,104 were chronically homeless. Earlier this year, the city reported that the number of homeless residents had dropped to 2,049, with 399 of them chronically homeless, according to Shannon Nazworth, the executive director of Ability Housing of Northeast Florida. That’s a drop of one-third and two-thirds, respectively.

Something similar occurred in Nashville. In June 2013, galvanized by the 100,000 Homes Campaign, the city launched How’s Nashville, a concerted effort to end chronic homelessness by the end of the decade. The city started tracking its monthly placements. Previously, it had been averaging 19 per month; today, it’s housing an average of 47 per month, reports Will Connelly, who directs the city’s Metropolitan Homelessness Commission. Since last June, Connelly said, the city has placed more than 500 chronically homeless people in permanent supportive housing.

Many other cities have ramped up their placements over the past year or two. The campaign tracks more than 50 cities that have been housing at least 2.5 percent of their chronically homeless population for three consecutive months, a pace that correlates with ending chronic homelessness in four or five years. (Nationally, from 2010 to 2013, chronic homelessness declined by 16 percent, and homelessness among veterans declined by 24 percent.)

How did these changes happen?